In this project, you will move on to cryptography and you’ll be asked to encrypt and decrypt messages using three different encryption algorithms. The S’more part of this project will challenge you to “crack” others’ secret messages in ciphertext and convert them back to plaintext.

You are encouraged to:

To clarify the last item, you are permitted to look at another student’s code to help them understand what is going on with their code. You are not allowed to tell them what to write for their code, and you are not allowed to copy their work to use in your own solution. If you are at all unsure whether your collaboration is allowed, please contact the course staff via the admin form before you do anything. We will help you determine if what you’re thinking of doing is in the spirit of collaboration for EECS 183.

The full collaboration policy can be found in the syllabus.

We run every submission against every other submission and determine similarities. All projects that are “too similar” are forwarded to the Engineering Honor Council. This happened to numerous students last semester. Also know that it takes months to get a resolution from the Honor Council. Discussing the project with other students will NOT be an issue. Sharing code between students, even if it’s just one function, will likely cause the cheating detector to identify both programs as “too similar”. We also search the web for solutions that may be posted online and add these into the mix of those checked for similarities. Searching the web, by the way, is something that we are very good at.

Any violation of the honor policies appropriate to each piece of course work will be reported to the Honor Council, and if guilt is established, penalties may be imposed by the Honor Council and Faculty Committee on Discipline. Such penalties can include, but are not limited to, letter grade deductions or expulsion from the University.

Also note that on all cases forwarded to the Engineering Honor Council the LSA Dean of Academic Affairs is also notified. Furthermore, the LSA rule is students involved in honor violations cannot withdraw from nor drop the course.

Remember that we grade your BEST submission for style. If multiple submissions are tied in score, we take the last of those.

Working with a Partner

Download the distribution code using this link. After unzipping, you’ll find these files:

utility.h A header file with declarations (aka prototypes) of the helper functions you’ll have to implement.

caesar.h
A header file with declarations of the functions related to caesar cipher you’ll have to implement.

vigenere.h
A header file with declarations of the functions related to vigenere cipher you’ll have to implement.

polybius.h
A header file with declarations of the functions related to polybius cipher you’ll have to implement.

start.cpp
A program that allows you to select between executing your tests in test.cpp and using the ciphers you have created.

Additionally, you’ll be working with this file that you’ll have to create yourself:

test.cpp
A test suite for functions declared in utility.h, caesar.h, vigenere.h, polybius.h. Its job is to reveal bugs that someone (e.g. you or staff) could have made while implementing those functions. All testing should be done by printing to the standard output. Note that there will be no main function in this file.

NOTE: The starter code will not compile until you:

As an approximate timeline, you will be on track if by:

To make working on this project easier and more fun, be sure you’re able to answer the following questions:

Here the a list of functions you will need to test in test.cpp.

There are a total of 13 unique bugs to find in our implementations. Your tests do not need to expose all of the bugs to receive full points for the project. The autograder will tell you the names of the bugs that you have exposed, from the following set:

IMPORTANT: As you implement the functions in the next section, you will find it helpful to refer to the Function Table linked at the bottom of the spec. The table contains the relationship between the functions below, i.e., which functions are called by others.

NOTE: Most of this project’s specification has been encrypted with a key of 26, which is twice as secure as a key of 13.[1]

IMPORTANT: Don’t forget to keep writing tests in test.cpp for functions we declared in caesar.h!

For creating and verifying test cases for your caesarCipher, this website may be helpful. 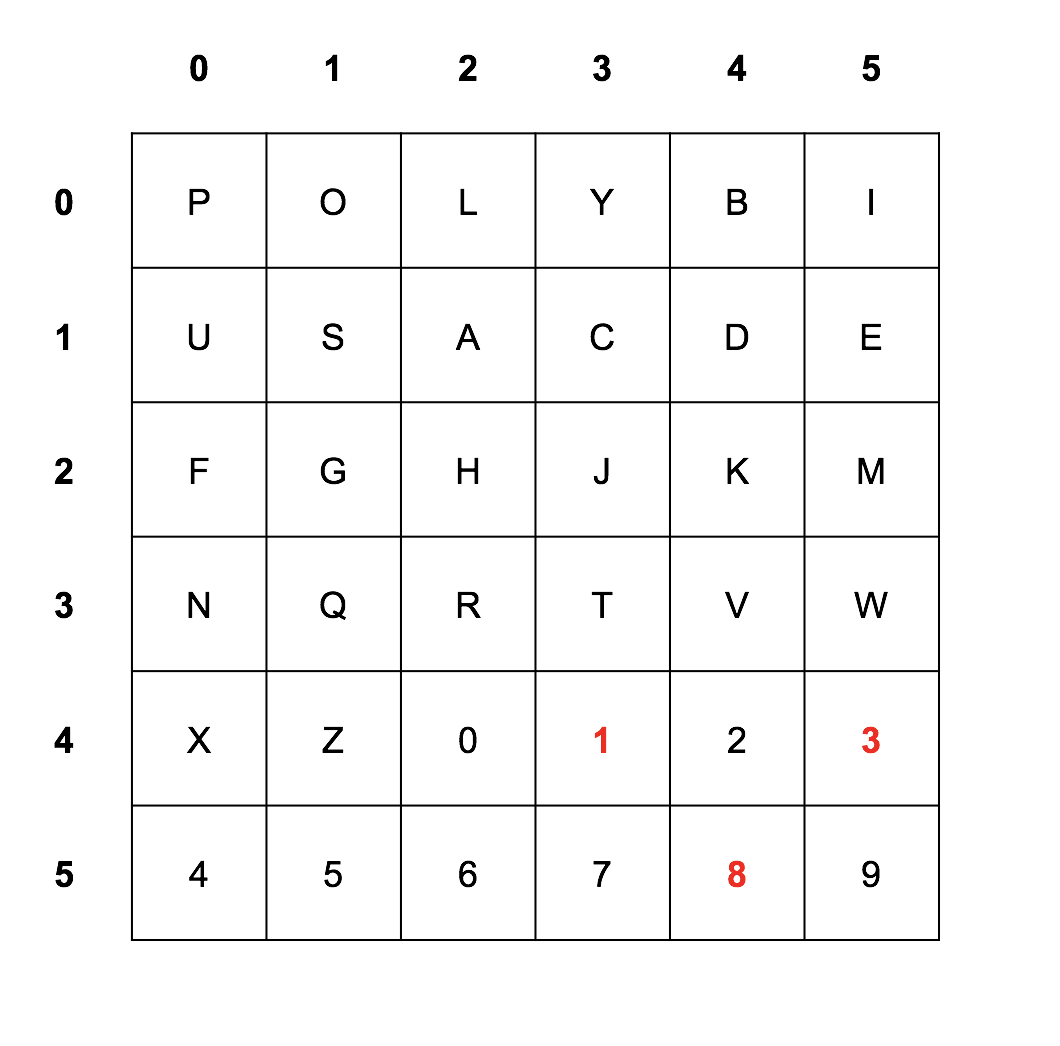 IMPORTANT: Note that the grid does not represent any non-alphanumerical character. This means that such characters cannot be encrypted. However spaces are allowed in the plaintext, and should be represented as spaces in the ciphertext.

IMPORTANT: Note that spaces are allowed in the original message, and they must stay as spaces in the encrypted message as well.

WARNING: Sanity check! At this point, utility.cpp, caesar.cpp, vigenere.cpp, and polybius.cpp should have implementations of all functions that we declared in utility.h, caesar.h, vigenere.h, and polybius.h, and test.cpp should have a test suite for those functions. If you have not yet submitted, we highly encourage you to do so, unless you are starting late and it is close to the deadline so you have few submissions remaining.

WARNING: Be sure not to modify any of the header files, since we’ll be using the original version when grading your project.

Here are the errors you must handle:

When you run ciphers.cpp, it should behave per the examples below. Assume that the red underlined text is what some user has typed.

NOTE: The following sample runs do not include the menu selection detailed in Creating a Project.

IMPORTANT: Note that when selecting Polybius Square, the decrypted message is all uppercase, while the original message contained lower case letters. This is fine, as the grid we construct only supports uppercase letters.

Here is an example of how to read the table:

To maximize your style points, be sure to follow this non-exhaustive checklist:

NOTE: We will not be grading style in test.cpp.

NOTE: The file names must match exactly as listed above.

IMPORTANT: Be sure to submit all parts of the project (including test.cpp).

IMPORTANT: Both partners’ names and uniqnames must be in the header comments in all files submitted.

NOTE: Differences in whitespace will fail the autograder.

OPTIONAL: For more practice and fun, check out the S’More for Project 3. With this optional challenge you can implement the functions in decrypt.cpp to break encryption.